Chestnuts have relatively few pests. First, you will need to identify the pests and in many cases, you can apply cultural and chemical management practices.

You can find many helpful resources on common pests at The Morton Arboretum.

The best way to find treatments is to communicate with your local agricultural extension office. 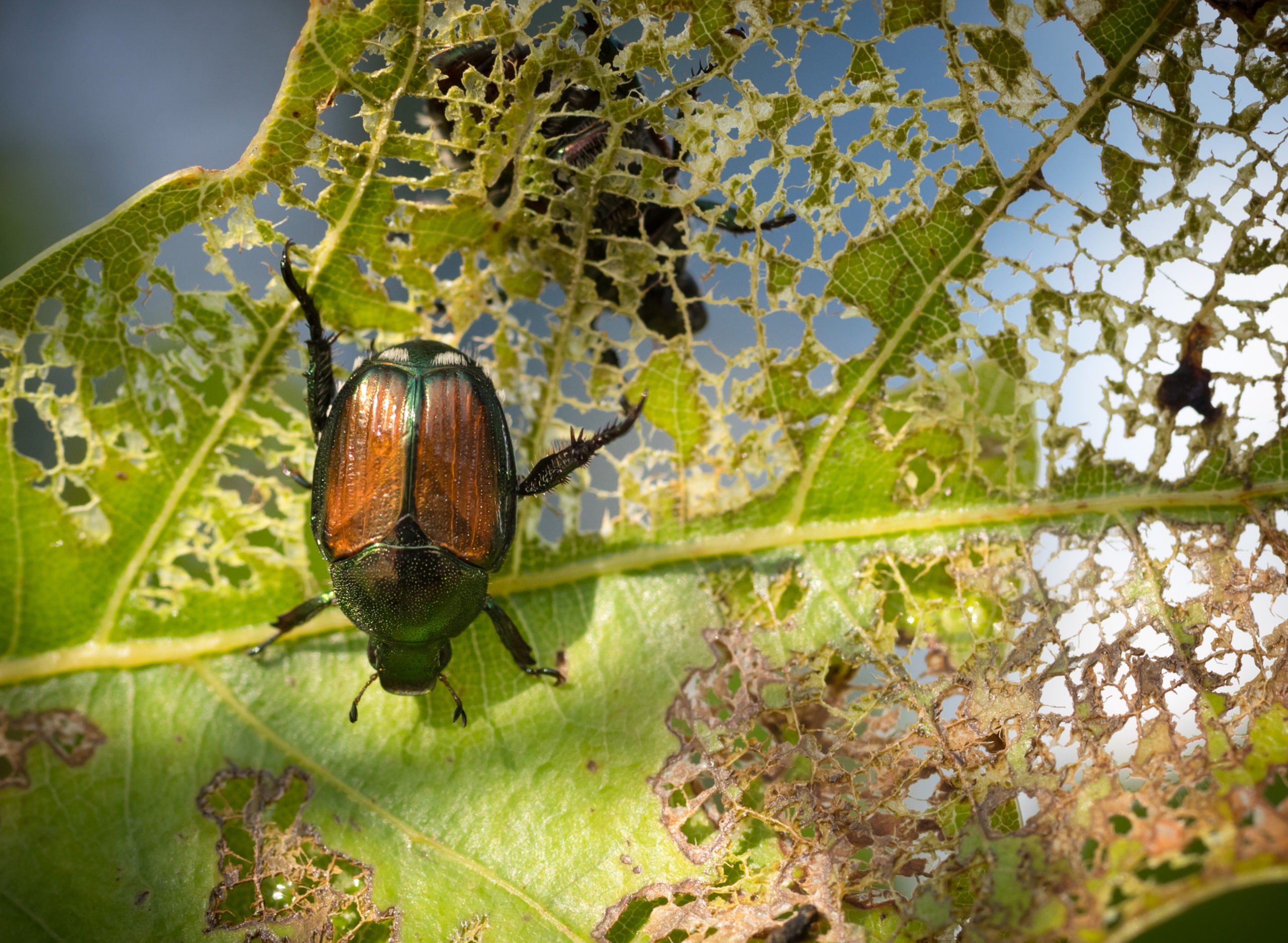 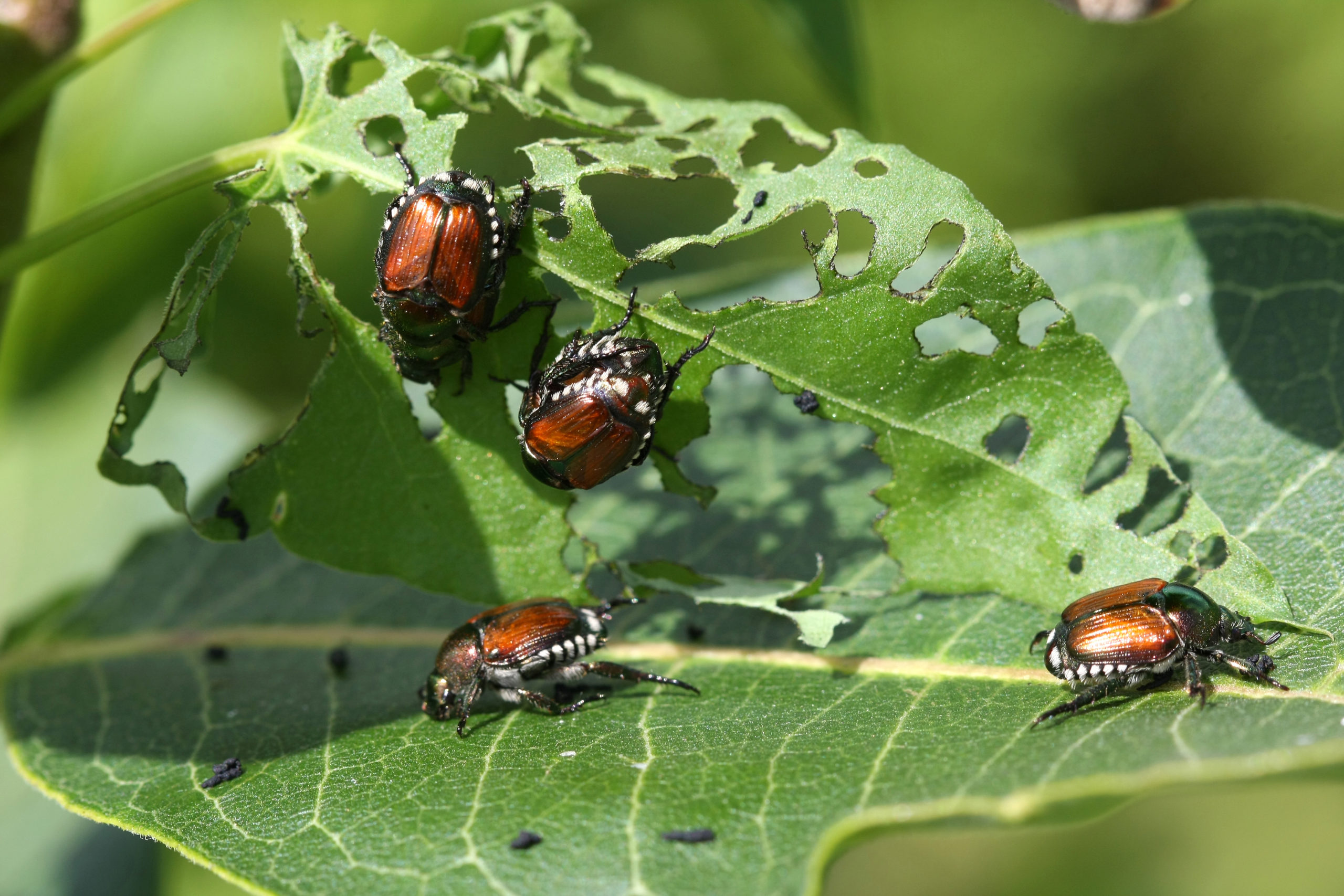 Chestnut Gall Wasp was first witnessed in the U.S. in the mid 1970s, imported on infested plant material. This small wasp lays its eggs in chestnut twig buds causing a gall. This gall significantly contorts growth in the spring. The damage inflicted by gall wasps can dramatically affect nut production. If you would like more information, check out this University of Florida IFAS link for a deep dive into the gall wasp. 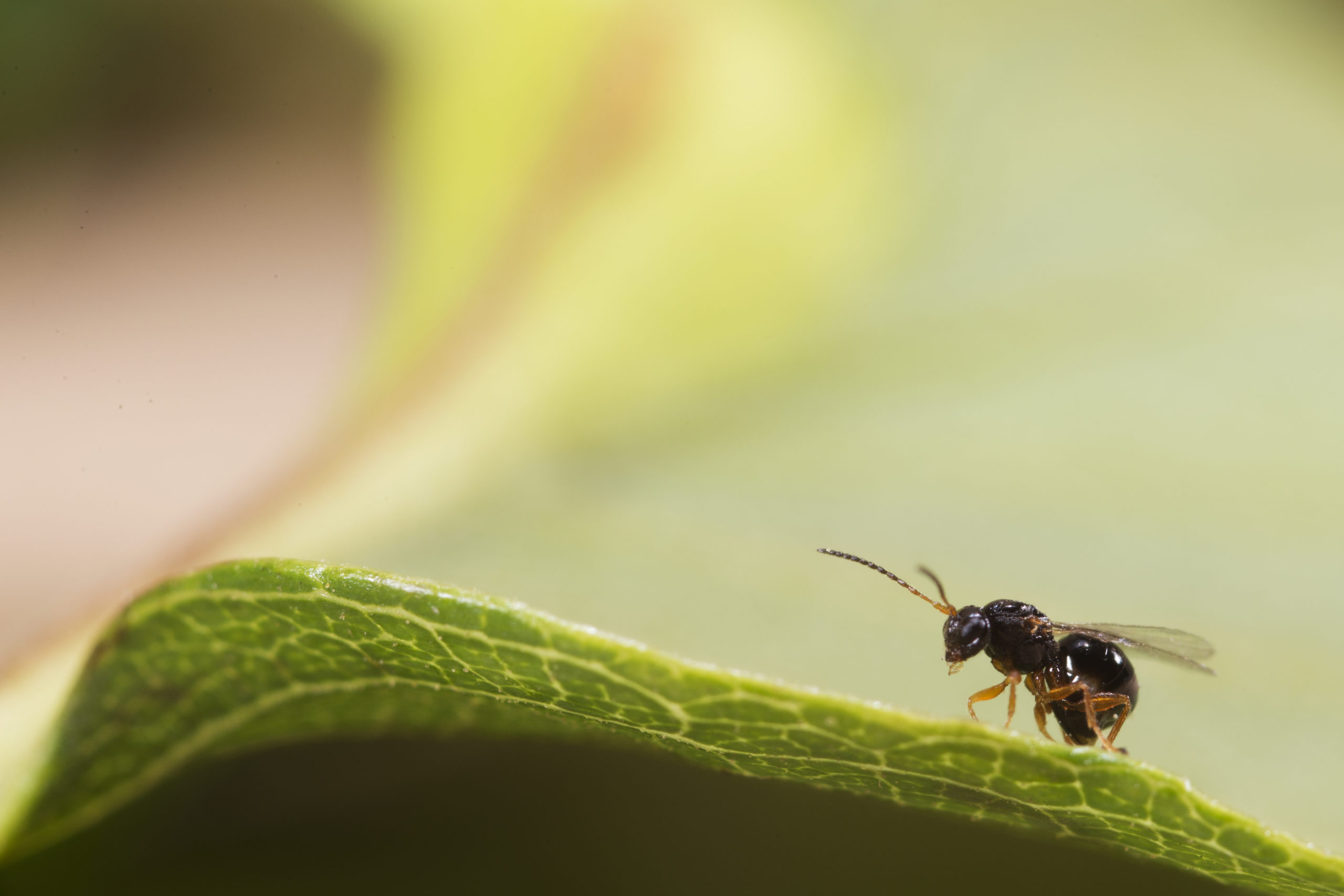 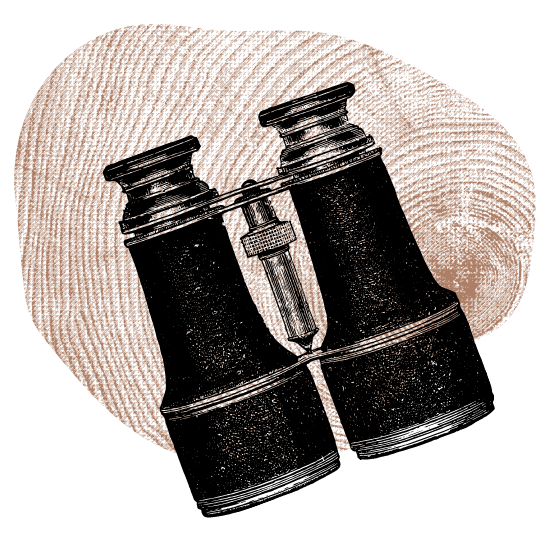 The best way to identify and treat Chestnut Gall Wasp is to take a sample and bring it to your local agriculture extension office. 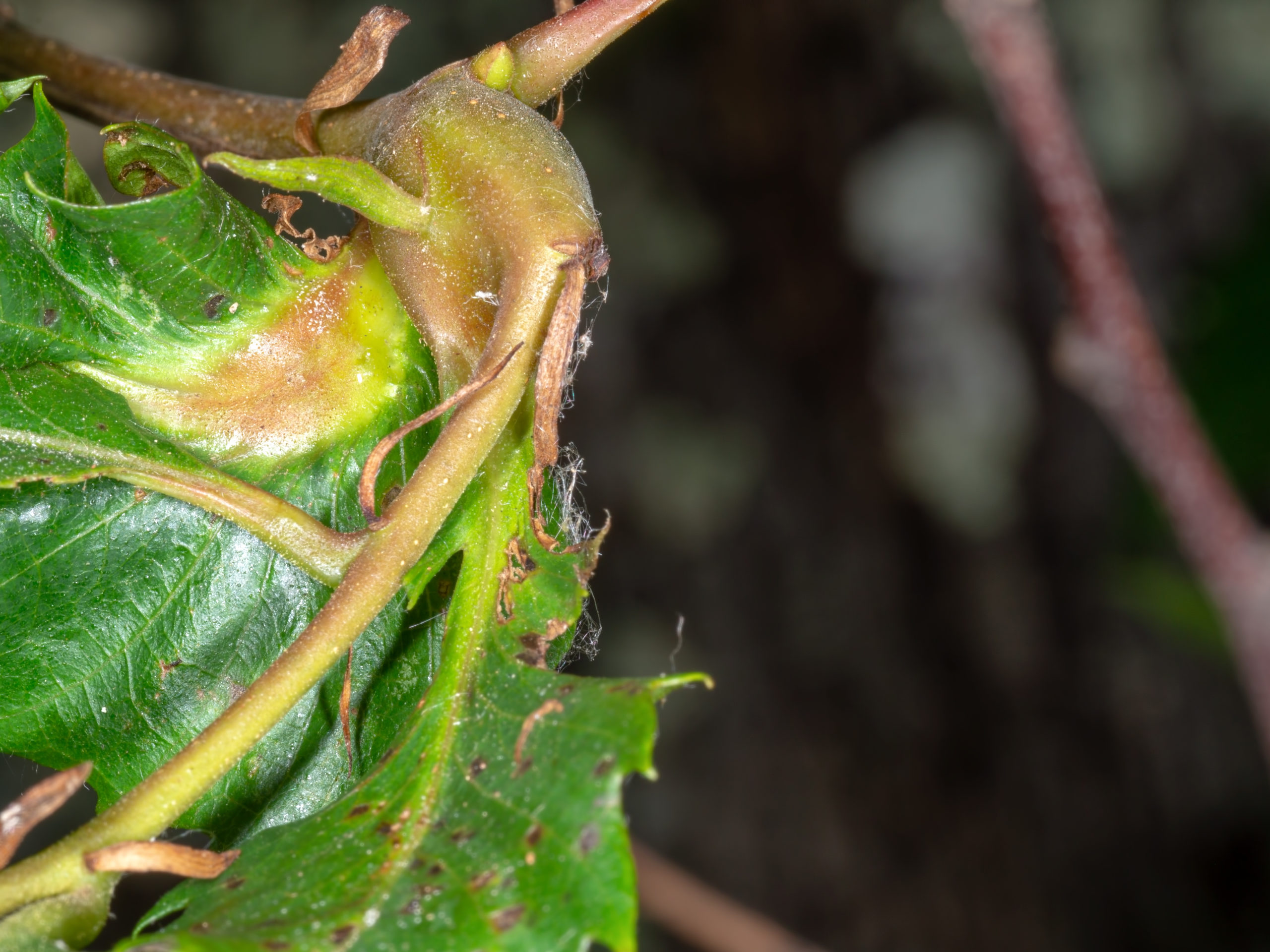 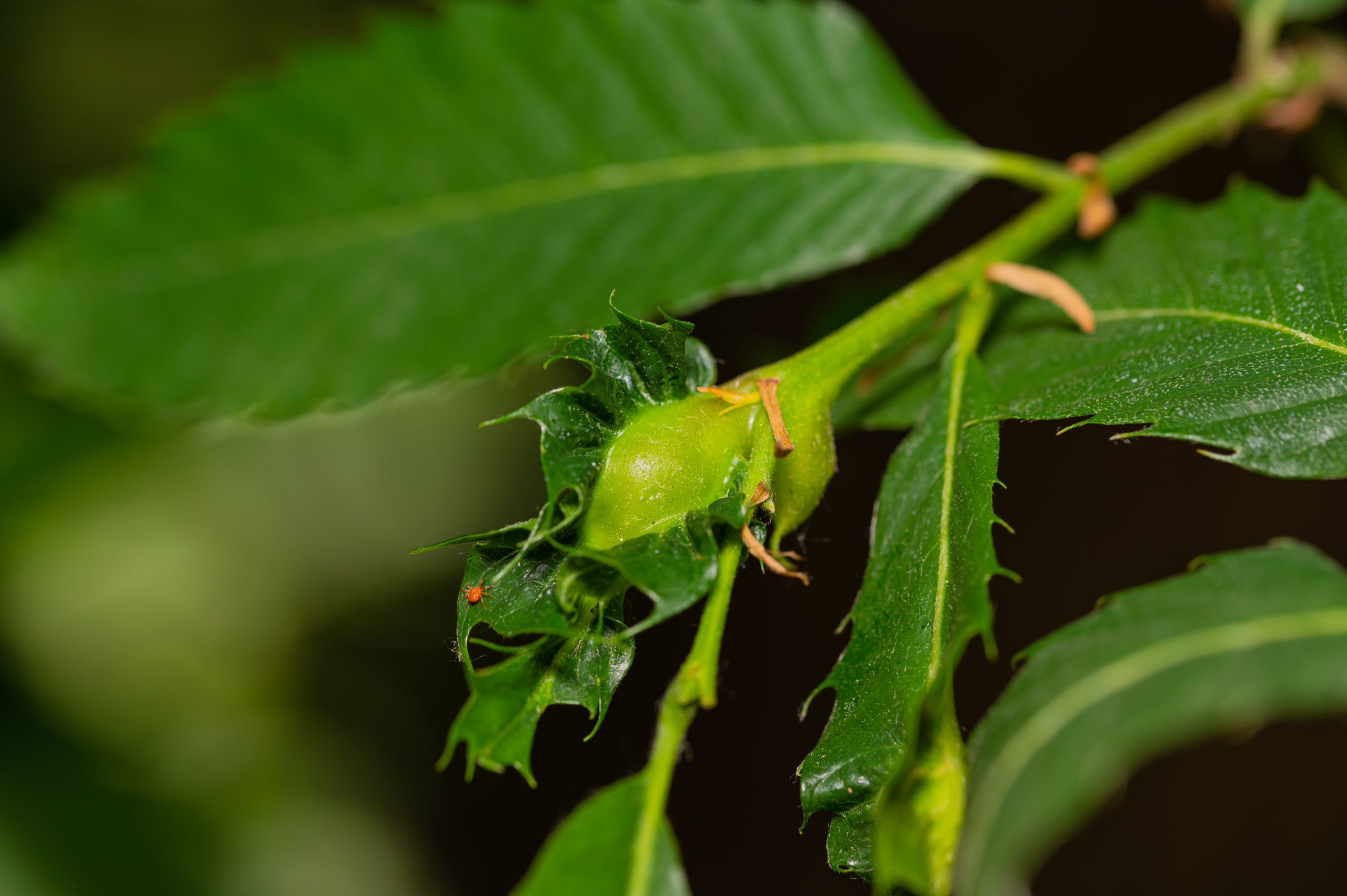 Gall formed by the Chestnut Gall Wasp. Symptoms vary, we recommend taking a sample to your local agriculture extension office.

This pest is spread throughout much of the eastern U.S. It is a small insect that lays its egg in developing chestnuts. This larvae feeds on the nut, causing damage to the infected mast. Larvae then exit the nut and burrow in the soil for the winter. If left to spread, a weevil infestation can cause significant damage to chestnut harvest. Chestnut weevil can be treated with chemical, cultural, and post-harvest methods. Ideally, a combination of cultural and chemical management would control the pest and eliminate the need for post-harvest treatment, which can diminish the quality and the marketable yield. For more information check out this article by Michigan State University. 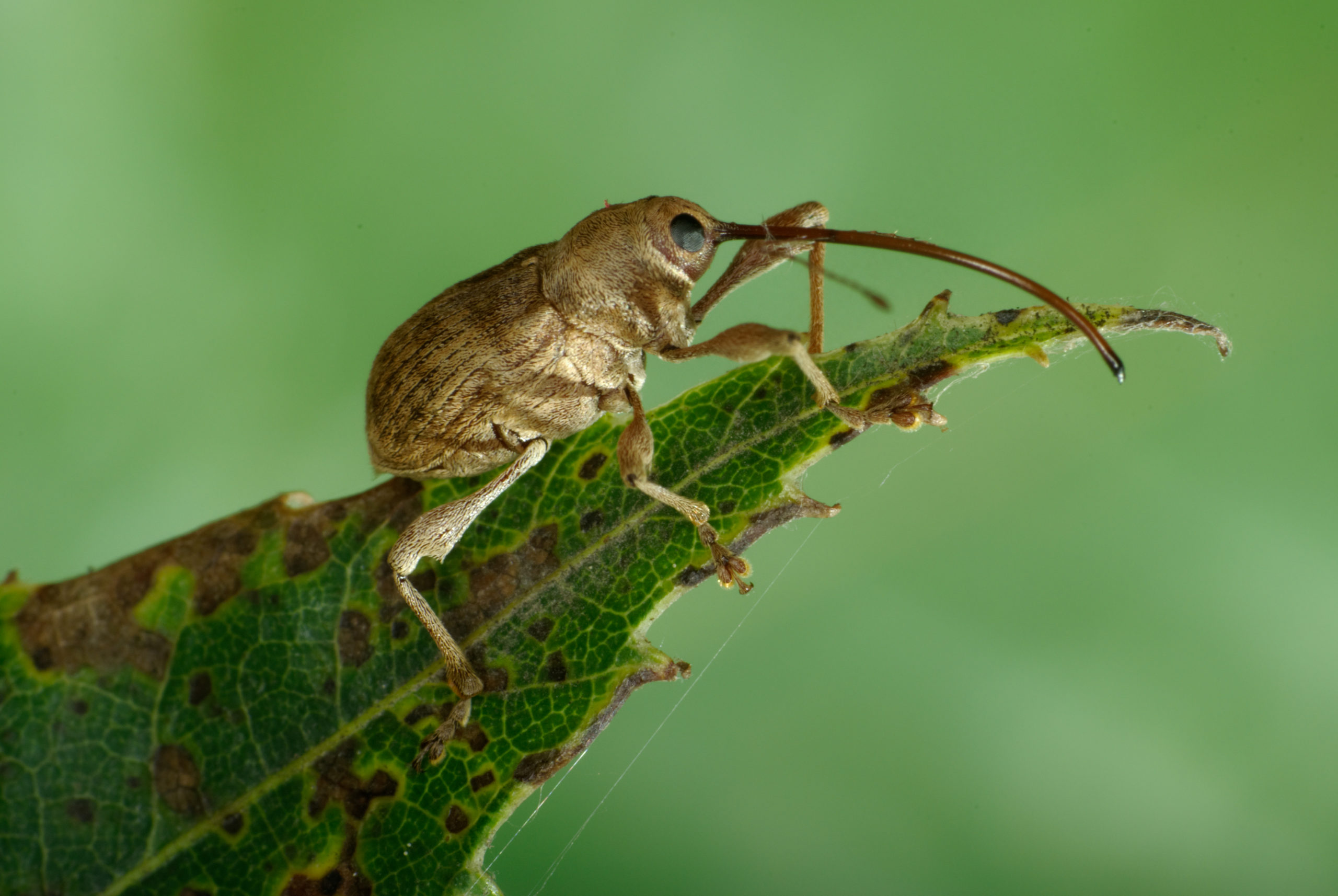 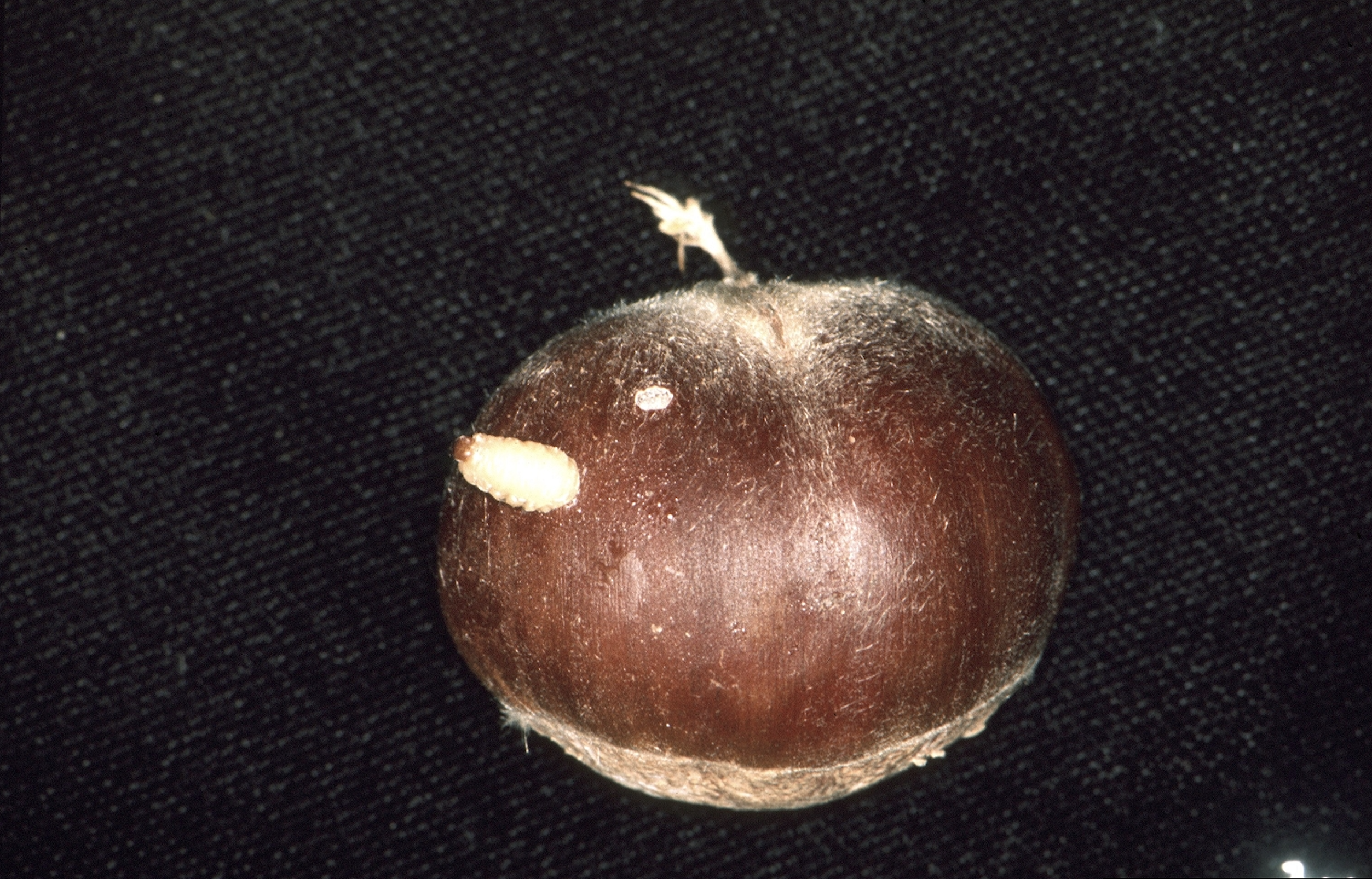 Ambrosia beetles are wood-degrading insects that live in nutritional symbiosis with ambrosia fungi. These beetles are normally a natural part of an ecosystem that accelerate the decay of dead trees. Invasive species can cause more serious problems for tree growers. The beetles inoculate the tree they colonize with a fungus. The larvae feeds on the fungus colonies, and the fungus is what causes the tree to die.

Ambrosia beetles rarely attack healthy trees, as they primarily colonize unhealthy and dying trees. Ambrosia beetles sometimes attack healthy trees, but they are especially attracted to trees suffering from stress. The insects enter at sites with damaged bark. Prevention begins with reducing stress on your property’s trees. Prevent stress as much as possible by watering the tree deeply during dry spells and keeping it on a schedule of regular fertilization.

The picture below is an example of the number one indicator for ambrosia beetles. It is rare to see the beetle itself, but the beetle leaves sawdust “toothpicks” that protrude from the bore hole. 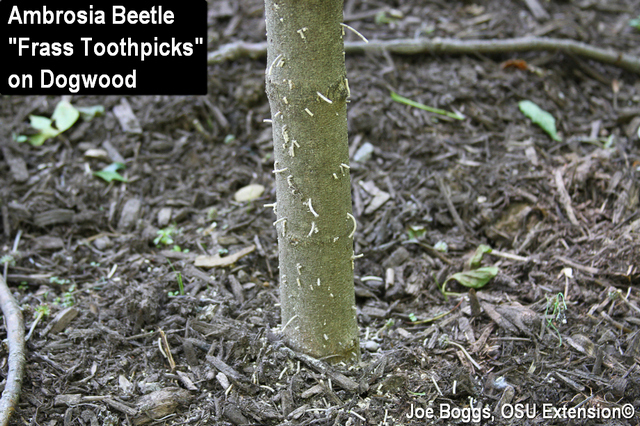 If you are seeing signs of ambrosia beetles, we recommend getting in contact with a local arborist or local agricultural extension office. Professionals can assess a tree to determine the extent of the infestation, if you should remove the tree, or if not, how to treat it. They may also have additional products at their disposal that may help prevent the spread of infestation. For more information check out this collection of articles on varying species of ambrosia beetles by the University of Florida.